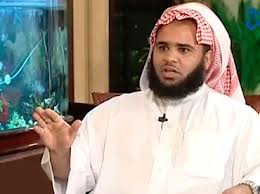 I, as a Muslim, as a Man, am truly disgusted when I hear about rape, especially referring to cases of children being assaulted. Things like rape in the Muslim-World cause Islamophobes to reinforce all of the classic Islamophobic rhetoric against Islam. We, as Muslims, have a horrible habit of making the Islamophobe’s jobs easier, by doing things that will definitely be used against us. Now, a young girl has been violently abused & killed…and, for what?!!! There is something clearly wrong here.

There is no reason as to why this person, Fayhan al-Ghamdi can just shell-out money, and walk away from such a heinous-crime, as this. The Kingdom of Saudi Arabia have truly done a disservice to this young girl, Lama al-Ghamdi, the actual victim/child of this monster. To add insult to injury, this person is a religious-celebrity in Saudi itself. Now, what type of message does this really send to people all around the world?

1. It reinforces the legitimacy of of Islamophobes, anywhere/everywhere in the world, to attack Islam & Muslims, and accuse us of being Misogynists & followers of a “Misogynistic-Religion”. We always tend to make attacks against Islam & Muslims so easy for Islamophobes to do, by doing exactly the opposite of what Islam teaches us.

2. It tells people that as long as you’re in good with the Saudi-Kingdom, you can basically get away with whatever you want, and only have to cash-out, in order to avoid any form of true justice. It reinforces the hypocrisy of the Kingdom of Saudi Arabia, as a 1/2-ass religious-state, where in fact, it’s nothing more than an in-house, all-boys club of a country, hell-bent on religious domination within the Muslim-World, using al-Makkah, al-Madinah, Clerics, and Petroleum as their trump-cards.

3. It sends the message of as long as we do it, it’s okay; but no one else get do it, except us. If this person had not been a religious-cleric, had not been a native subject/national of Saudi Arabia, had not been an Arab, had not been a high-profile/wealthy/powerful foreigner, then this person would definitely had been executed…ASAP And, this shows you the extremities of how ethnic/family-connections, as well as race play out when it comes to administering “justice” in Saudi Arabia.

4. It sends a clear message to even the subjects/residents of the Kingdom that justice is extremely relative. And, as we all know that, as I say this quite often, “If Justice is relative, then it’s not Justice at all…it’s Hypocrisy.”.