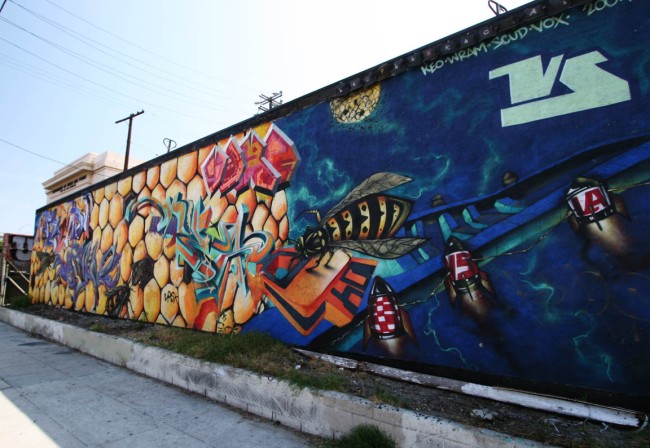 Let’s have a conversation, about flaggin’ & taggin’.

We all wanna belong & be strong, wit a whole team behind us.

We choose between being Muslims, Jews and even Buddhists.

We also pick to conform as Christians, Mormons, Zoroastrians, Hindhus, and the like.

We all want someone to have our backs, to hold us down, to make sure we’re alright.

We use the minds & hearts of people, to write our ideas on.

We do it just make our marks on the World, right or wrong.

But, for every Theological-Tag is a consequence.

We may be guilty, in front of Allah, for nonsense.

We can’t always foresee the damage our taggin’ can actually cause.

If what we tag can’t be removed, it may well cause many to be lost.

So, the next time that you see a wall that you wanna tag, don’t rush to ruin.

There may not be any kind of paint that will erase what you’ve been doin’. 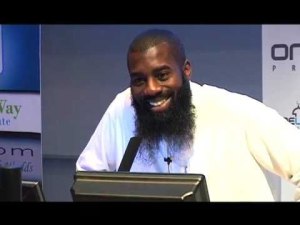 Loon, the former rapper turned Muslim, born Chauncey Lamont Hawkins, was arrested on November of 2011, while in Belgium. He has been officially accused by the U.S. government, of committing a crime in America & has since been extradited, from Belgium, to Germany, back to the U.S., imprisoned in a Federal facility-Ironically, they waited all of this time, until after he became a Muslim, as well as a religious motivational-speaker, who has the attention of millions of Muslims from around the world. There’s something very fishy going on, concerning the fact that they waited, all of this time, to accuse or prosecute Chauncey for any particular crime. Well, anyway, that’s how these grimy-ass Niggas do: They wait until you decide to turn your life around,  until you’ve achieved salvation through Islam, and, through religious motivational-speaking, acquired the respect, trust, love, and confidence of millions of Muslim youth from around the globe. Basically, because of this, they are doing whatever they can in order to destroy his character & to defame him, in order to destroy any & all positive role-models for Muslim youth.

This poem is for him, for you and for us:

My brother…
Stay strong…these trials of the Mundane will not last too long.
Allah knows that the enemies of Islam have done you wrong.

My brother…
Have hope in Allah, that He will vindicate you.
These charges set against you are just not true.

My brother…
They just want to defame you, so that our youth will have no one to look up to.
They can’t stand that you have turned towards Islam, that Allah has guided you.

My people…
Don’t believe the lies against our brother.
They just want us to distrust one another.

My people…
Ask Allah to help him during his trial, and trouble.
May Allah reduce their trumped claims to rubble.

My people…
Remember our brother in your prayers.
Ask Allah to secure him from his fears.