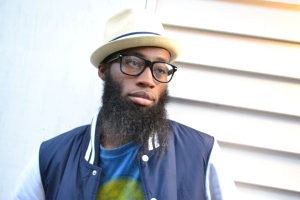 Author’s-Note:
There’s going to be a lot of controversy behind the release of this article. But, that’s ok because that’s what Gareth Bryant is all about.

Allah states: “Men are Responsible for Women.”.(Noble Qur’an: Chpt.4, V.34) And, this status of Qawwamah/Responsibility, that Allah has placed upon Men, to be Responsible for Women, consists of any/all elements of the Human-Experience. But, in the interest of time, I’ll just focus on a few of them, which could very well, ironically, encompass any other facets of Responsibility. Sadly, the problem is that we, as Muslim-Men, really don’t match-up to the standards of Qawwamah for Women that Allah requires of us, neither within the Qur’an nor the Prophetic-Tradition.

All Women (Muslim & Non-Muslim alike) are attracted to Quwwah/Power, which linguistically intersects with the word Qawwamah.(Lisan-ul-`Arab/Lexicon of the Arabic-Language) Yet, Power, within our Modern-World, is something that the typical Muslim-Male has either forfeited, never experienced, or is just pathetically powerless.

Here are some of the many avenues of Power, as is manifested in many significantly different ways:

Intelligence-
Intellectual prowess is something that Women value very highly. Women require to be stimulated on an intellectual plateau. They want to be with someone who can & will stimulate and challenge them, intellectually…no Woman wants a Dumb-Dude.

Religion-
A Man with strong religious-convictions are qualities that Women are very impressed with, because it shows that he has spiritual structure, boundaries, self-restraint, morals, character, etc.

Politics-
Women respect a Man who is able to control his surroundings, his environment, to be able to dictate policy, which can & will ensure the preservation, goodwill, safety, security of all.

Wealth-
Women want to be maintained…they want to live comfortably, without having to do it all themselves, without having to struggle financially. Women require Men to be able to stand on their own 2-feet, to have some type of financial independence, stability, security, etc.

Sexuality-
Women want a Man who knows what he’s doing in the bedroom. They want a Man to treat them respectfully, yet at the exact same time, take them places sexually that they’ve never been before.

Humor-
Every Woman wants a Man who can make them laugh, when they’re sad, to be able to bring a smile & joyful mood to their person.

Now, contrary to popular-opinion, the reason why the Muslim-Woman doesn’t generally approve or is privy to a Muslim-Man having more than 1-Wife/Multiple-Wives aren’t any of the cop-out reasons some try to give like:

1. Jealousy-
The Wives of Muhammad (Peace be upon him), the best of Women in Human-History (May Allah be pleased with them), often displayed acts & fits of jealousy against one another, over being married to Muhammad. However, his house was still in order, his wives never had to go out into the streets to get food, clothing or shelter, he made sure that these elements of Human sustainability, protection, safety, security, were well taken care of for his wives.(ar-Rahiq-ul-Makhtum/The Sealed-Nectar)

2. Emotional-Disproportion-
This plays on number one a lil’ bit, because the Wives of Muhammad also displayed, at times, disdain for one another, as a result of vying for the affection of Muhammad. In fact, there’s a Hadith/Narration concerning one wife knocking food onto the floor, because Muhammad had decided to eat food made by another one of his wives.(an-Nasā’ī)

3. Men wanting younger Women-
One of the biggest & most obvious ways to disprove this is the fact that most of the Wives of Muhammad were similar in age as he was. In fact, `Ai’shah was (via [Islamic-Scholarly] Ijma`/Unanimity) the youngest wife that he had ever married. Also, his 1st-Wife, Khadijah (May Allah be pleased with her) was (via Ijma`) the oldest Woman that he had ever married: they were married even before he had been given Prophecy, 15-years prior, to be exact & she was 15-years his senior. And, she was the only Woman that he was ever married to prior to her death, which was 13-years after Muhammad had become a Prophet.(ar-Rahiq-ul-Makhtum)

4. Lack of ability to spend equal time with all of one’s Wives-
Muhammad had 9-wives at one time; yet, he was able to be a Prophet, a Military-Leader, a Father, a Community-Leader, a Diplomat, a Statesman, and he was also able to give time to all of his wives, relative to their respective needs. Now, if he were able to wear these many hats & perform the duties attached to each of them to their fullest capacity, yet was still able to be the best of husbands to all of the wives he ever had, then, surely, the Muslim-Man, who is religiously-relegated to only having up to 4-wives at a time, can handle 2, or three additional wives to the 1 wife they are currently married to.

Rather, the true reason why so many Muslim-Women are growing more unwilling to agree to their respective husbands to have multiple-wives is simply because they genuinely believe that we’re not even deserving of this. And, why do I say this? The answer will make sense, trust me. Most of the Muslim-World is a direct product of Colonization, nation-building/nation-making, by the Oppressor & with the help of power-hungry, sinful, Muslims, etc. Now, within this process, there have been, unfortunately, so many, too many, atrocities that have plagued the Muslim-World, particularly Muslim-Women, like: being raped, forced to leave Islam at the hands of Non-Muslims, while the Men of the Muslim-World have largely stood by & have done nothing about it. All of the prior things I’ve mentioned, the facets of Power, which are seen in fruition in everyday Life, all around us-To be able to execute the manifestation of any/all of the above means that one possesses an immense amount of Power.

However, within the Muslim-World today, we tend to be very lacking in our manifestations of these particular facets of Power, especially referring to the following: Intelligence…Religion…Politics…Wealth:

1. Intellectual-Weakness-
Muslims have no say as to how Academic policies are conjured, concepted, carried out, etc. We are just influenced by the order of the day by other People, with their Anti-Islamic intellectual theories, like Atheism, Darwinism, etc. In fact, ironically, Atheists/Anti-Theists have more influence within the Academic-World than Muslims do & historically, many of the World’s 1st Universities were incepted by Muslims, several centuries ago.

2. Religious-Weakness-
There are Muslims whom are Billionaires, like Prince al-Walid ibn-Talal, of Saudi Arabia, nicknamed “The Arab Warren Buffet”, whom have invested their wealth into companies like NewsCorp, which owns FoxNews, the most Islamophobic media-outlet the Human-Race has ever known. This proves that Muslims don’t even control/can’t even control how our own religious image & narrative is portrayed within the media, because here we have one of the most affluent Muslims, in Human-History, financing the Oppressor, against the Oppressed, who happen to largely be his own fellow Muslims.

3. Political-Weakness-
There is no country on Earth, right now, where the Muslim-Woman is 100% secure from getting abused, raped, forced into Prostitution, Slavery, etc. Countless cases have even actually indicated that many of the World’s Oil-Rich Muslim/Arab nations have been responsible for some of the highest Human-Rights Violations against Muslim-Women, on all levels. I’ve already mentioned some of the too many historical instances in which invaders of the lands of the Muslims (both Muslims & Non-Muslims) have pillaged & raped, and forced into Prostitution as well as Slavery, untold thousands, if not millions, of Muslim-Women. And, the Men of the Muslim-World have done nearly nothing, basically nothing to prevent this or to avenge these types of atrocities that our Muslim-Women have been forced to endure, by our own hands, as well as by the hands of Non-Muslims.

4. Financial-Weakness-
With all of the World’s wealthy Billionaire/Millionaire Muslims, there’s absolutely no excuse as to why Poverty exists on planet Earth, particularly/especially within the Muslim-World. And, this is actually how we know that there are Muslims aren’t even properly paying 2.5% of their wealth in az-Zakah/Annual Obligatory (the 3rd among the 5-Pillars of Islam).(Minhaj-ul-Muslim/The Methodology of the Muslim) The reason why I’m bold enough to say this is because there’s absolutely no doubt in my mind that if every Wealthy-Muslim on this planet were to truly pay 2.5% worth of az-Zakah, on their personal-wealth (their net-wealth), there’s absolutely no way that there would/could be any hungry, homeless, jobless Humans on Earth. If the Wealthy-Muslims were to truly implement the payment of true Zakah, the World wouldn’t need the usury-based, exploitative International Monetary Fund, the World-Bank, etc. The World would be able to come to the Muslims for economic balance, fairness, justice, sustainability, etc.

Now, for those of you whom happen to be Men, Muslim-Men especially, reading this article: try looking at these very unfortunate realities, from a Woman’s point of view: knowing the sheer weakness of the Muslim-Man, who has largely no Power of his own to wield globally, where the Muslim-Man has basically become an international Joke-of-the-Party, then, why should Muslim-Women want to have Men like us having more than one Wife? Basically, we don’t have our shit together. Take a look at all of the atrocities that have befallen the Muslim-Woman, within the 19th-Century alone: the inhumane tragedies in the Middle-East (during World-War I), North Africa (during World-War II), The Balkans & the USSR/Russia (during the 90’s), India, Sri Lanka, Burma, Iraq, and the list can go on forever. The Muslim-Man is in absolutely no position to secure the sanctity, the integrity, of the Muslim-Woman. And, that’s the real reason why they are not comfortable with the Muslim-Man having multiple-wives, particularly/especially within the confines of the Western-World, where Feminism is King (an ironic hyperbole obviously), our Muslim-Women are being influenced to the extent that Men generally, particularly/especially that Muslim-Men are completely useless, which unfortunately, we’ve proven that very ugly & malicious stereotype right for far too long.

The issue of Muslim-Women being against Polygyny honestly has so much more to with the inadequacies of the Muslim-Man to serve his environment & protect his Women. Trust me: if the Muslim-Man had his shit together, no Muslim-Woman on planet Earth would have any justification as to why they wouldn’t be in favor of Polygyny at all. But, the weakness of the Muslim-Man gives them that justification, that the Enemies of Islam have helped to indoctrinate the Muslim-Man with, to disempower him, as in the Pharaonic mentality that Allah mentions within the Qur’an, “kill the Men & spare the Women”.