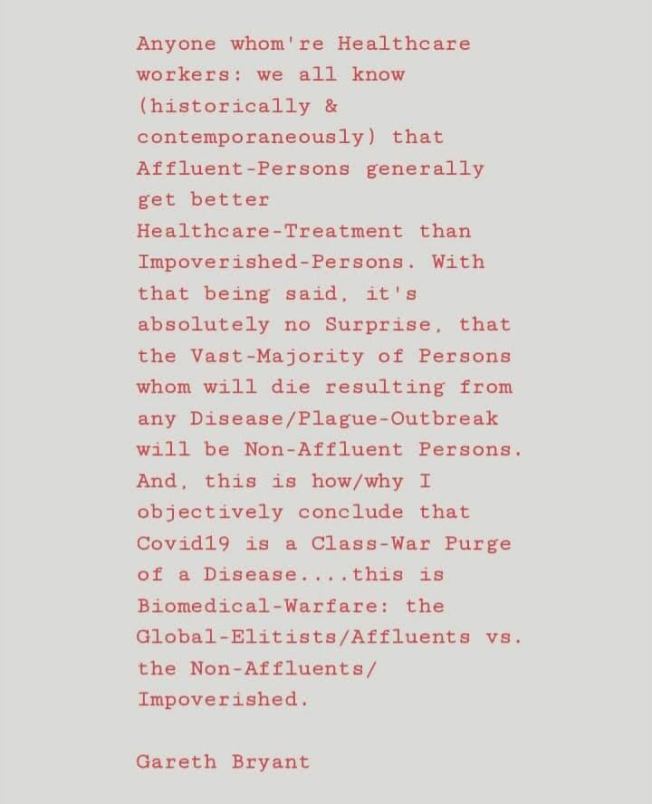 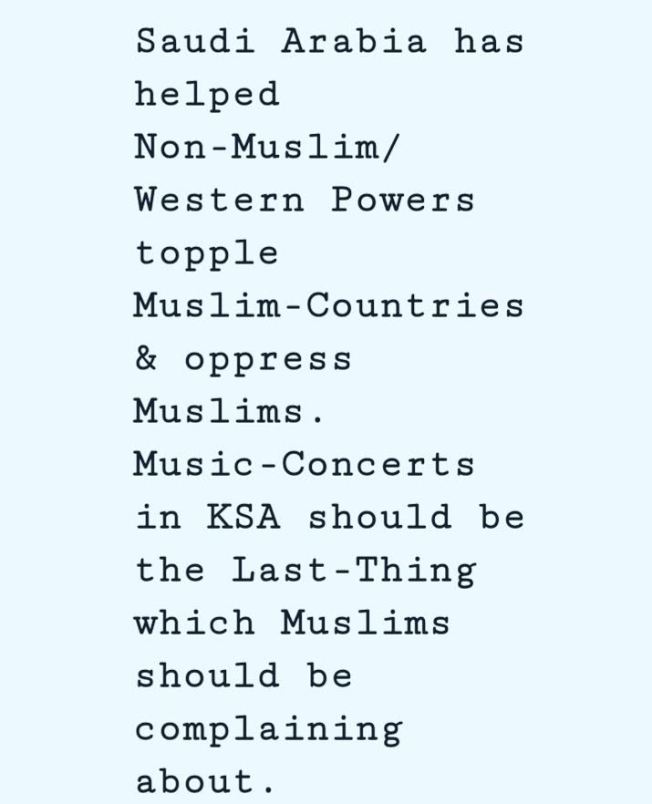 It’s Patheitically-Ironic, that in a Nation-State whose Religious-Elite are so Hardline against Musical-Entertainment: Saudi Arabia not only has Music-Concerts within KSA, but also is Home to some of the Most-Popular Music-Artists in the History of the Muslim-World as well as the Arab-World, like Muhammad `Abduh for example (not to be confused with the Founder of Salafism in the 1860’s, C.E. of the Same-Name). However, within the Same-Breath: there’s Fatāwā/Religio-Rulings after Fatāwā as per the Islāmic-Prohibitions regarding Musical-Instruments, Musical-Lyrics, Musical-Genres, etc. & ironically the same Musical-Artists within the Realm of the Saudi-Kingdom pontificate/promote the exact Same-Kinds/Types of Music which is condemned via the Saudi Religio-Elite.

Some very important Facts to note, by the Way:

a. Music, via its Entirety, inherently isn’t Mahrūm/Islāmically-Prohibited.

b. The Term which are used via at-Tanzīl/Revelation (The Qur’ān & the Sunnah/Prophetic-Tradition) to describe the Prohibited-Elements of Music: al-Ma`āzif itself is too often mistranslated as “Music-Holistically/Musical-Instruments Holistically”.

Saudi Arabia, just on the Issue of Music itself, is 💯%-Guilty of spreading Cultural-Colonization. Basically, their Premise is to indoctrinate the Entire Muslim-World to conform to their own valid Individual-Urfiyyah. And, of course: the Best-Way to pull this off is to disguise Arabism with the Cloak of al-Islām. In spite of the Fact that al-Islām is a Dīn/Religio-Spiritual Lifestyle & not an Urf/Culture, KSA readily attempts to lay Claim to al-Islām, as though it’s their Personal-Property, which clearly it’s not. And, because of the Fact that Salafism particularly, unique to any/all other Ahzāb (Sectarian/Deviant-Groups) amongst Muslims, the Religio-Puritanical Postures which is pontificated/promoted via Salafism pushes a very Ugly-Precedent/Agenda that if it comes out of/from Saudi, that if Saudi allows it, if Saudi co-signs/supports it, then it’s All-Good.

a. Squandering the Wealth of the Muslims (Petroleum which is the Only-Reason as to how/why KSA & the other Gulf-States even matter to the World at all). 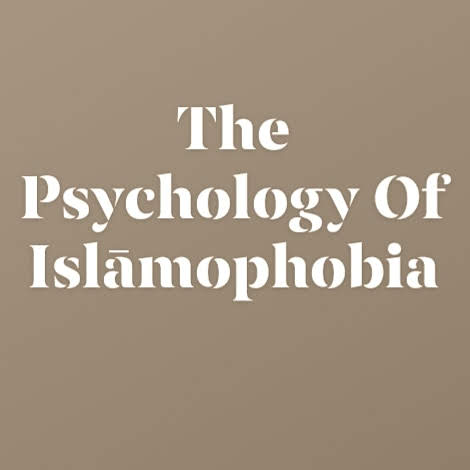 Ever since the Time of Noah (Peace be upon him), being commanded by Allah to confront the 1st Non-Muslims in Human-History: Humanity has always been corrupted via Islāmophobia.(at-Tabarī, as-Suyūtī, ibn-Kathīr) However, as per the Modern-World: more than at any Time-Period within Human-History, we’re 💯% enthralled Knee-Deep in the Indulgence of Islāmophobia (Hatred towards/against anything/everything related to the Dīn/Lifestyle of al-Islām). And, because of this, Muslims have been globally pinned against the Wall. Pathological-Fears, which are either Self-Imposed or Socio-Politically Imposed, have tantamount Negative-Effects pertaining to what Muslims think/how we feel about ourselves & Others. Islāmophobia has established Intrapersonal&Interpersonal Inferiority-Complexes within the Minds&Hearts of Muslims worldwide. 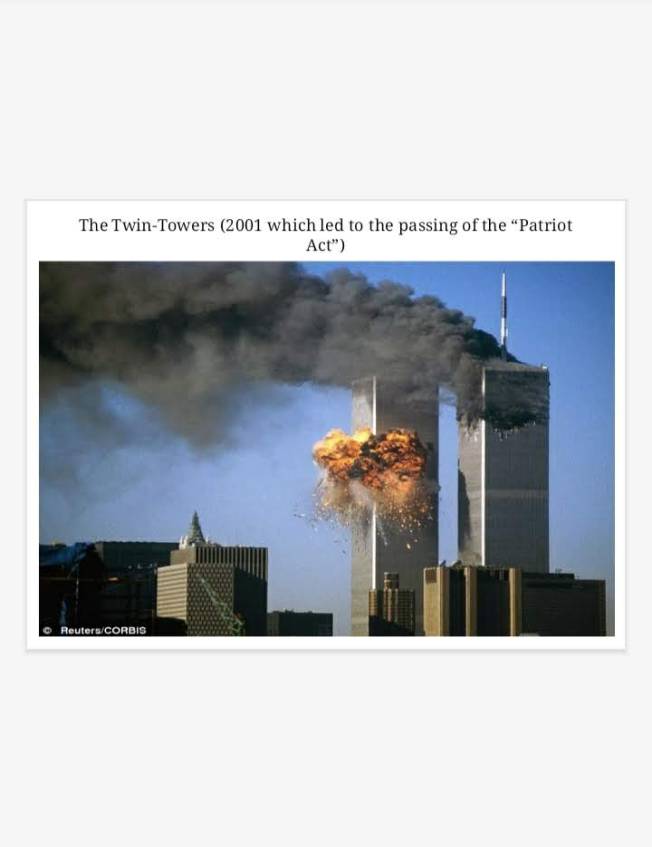 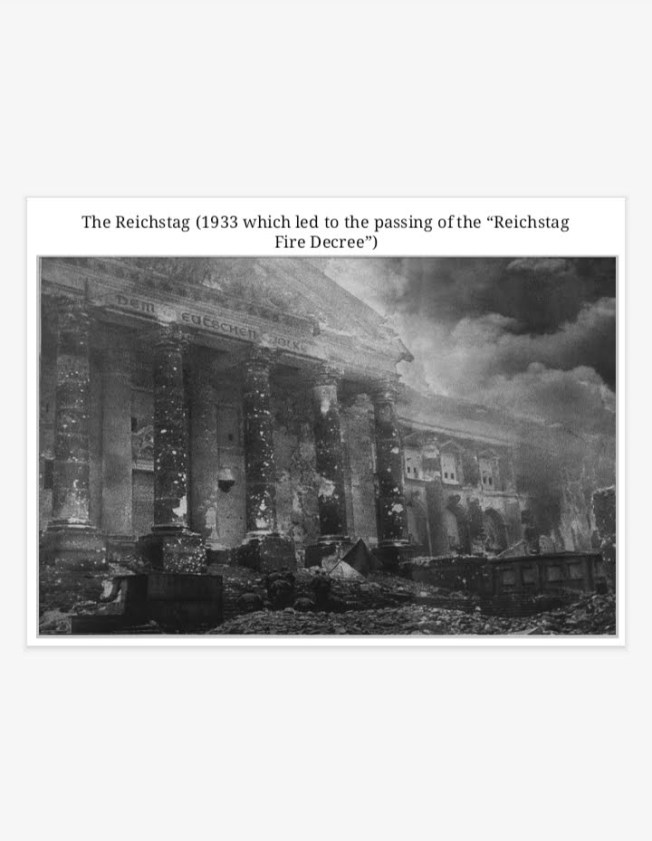 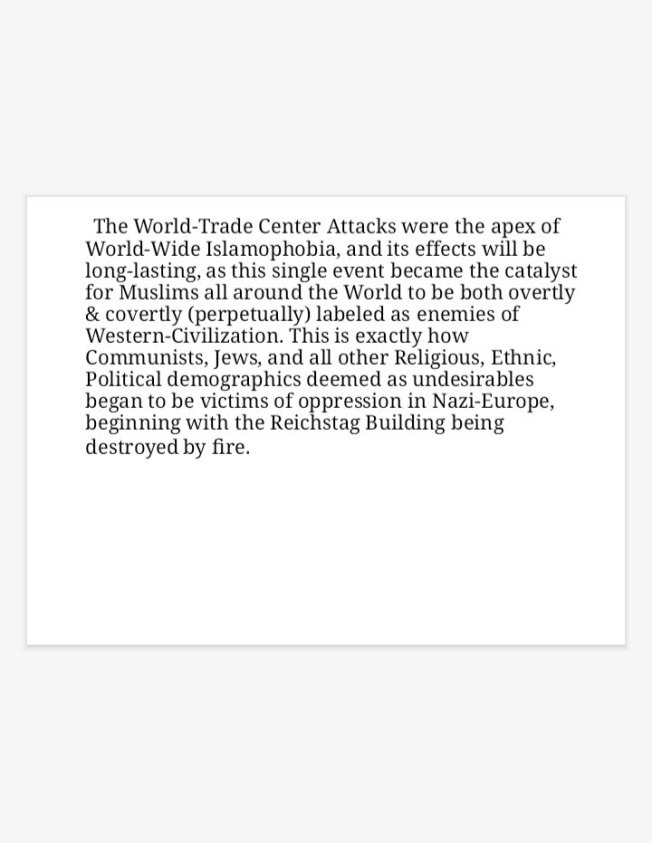 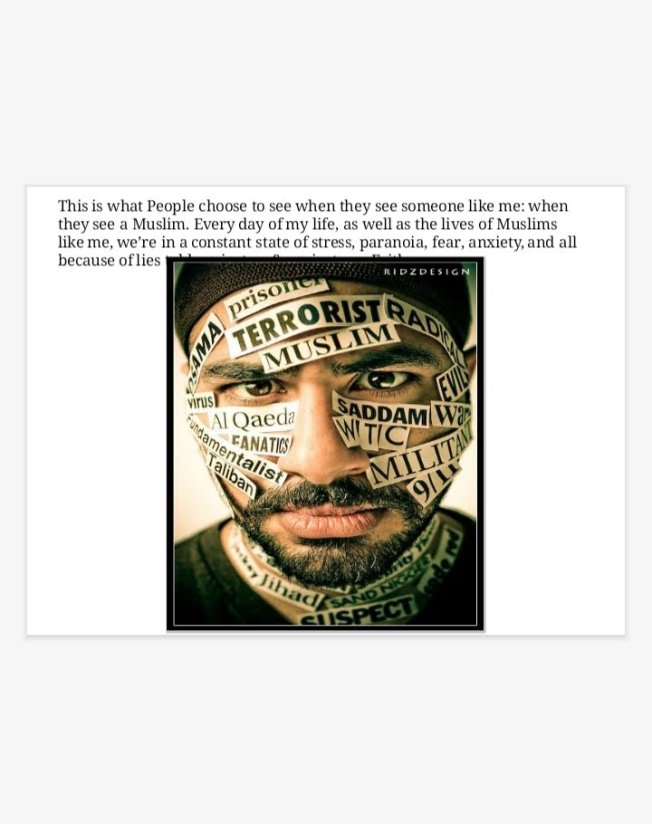 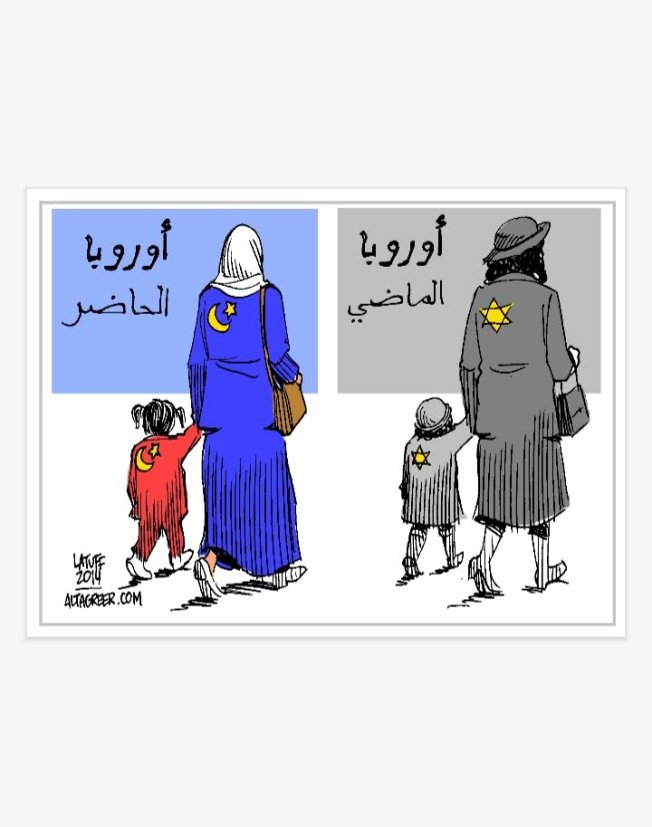 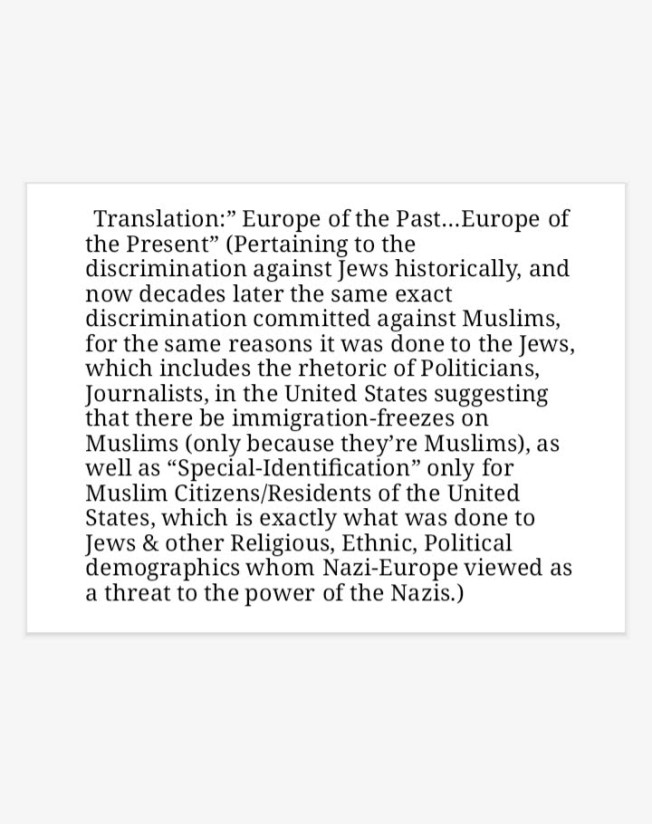 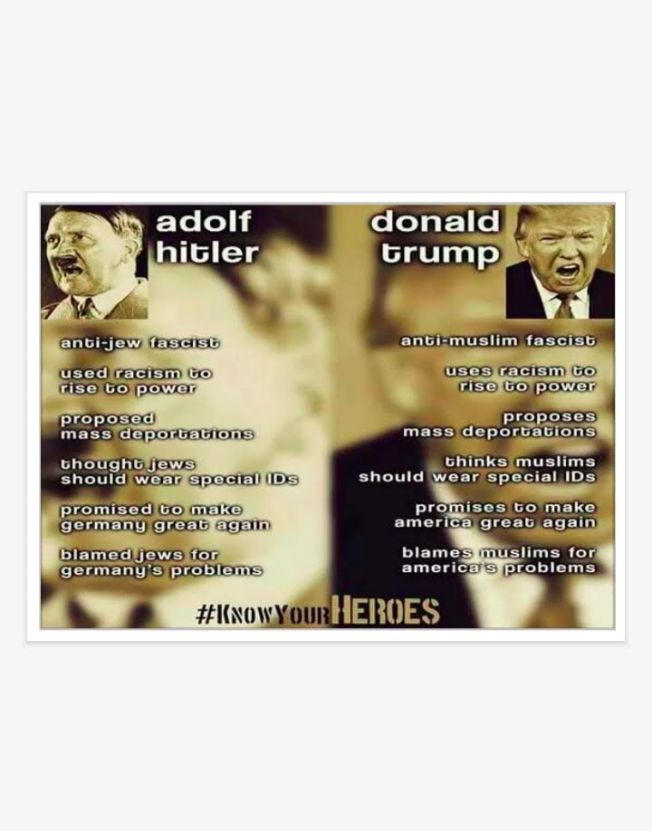 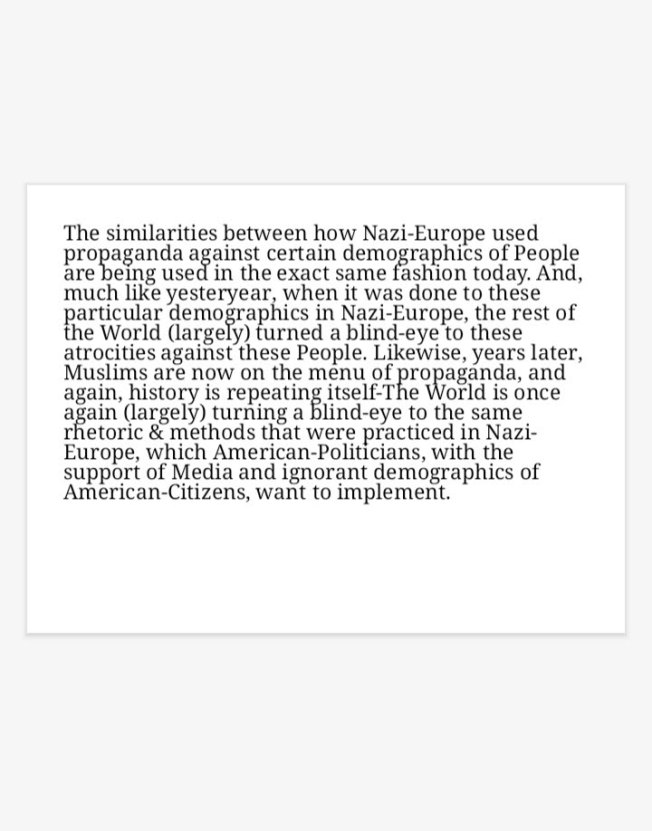 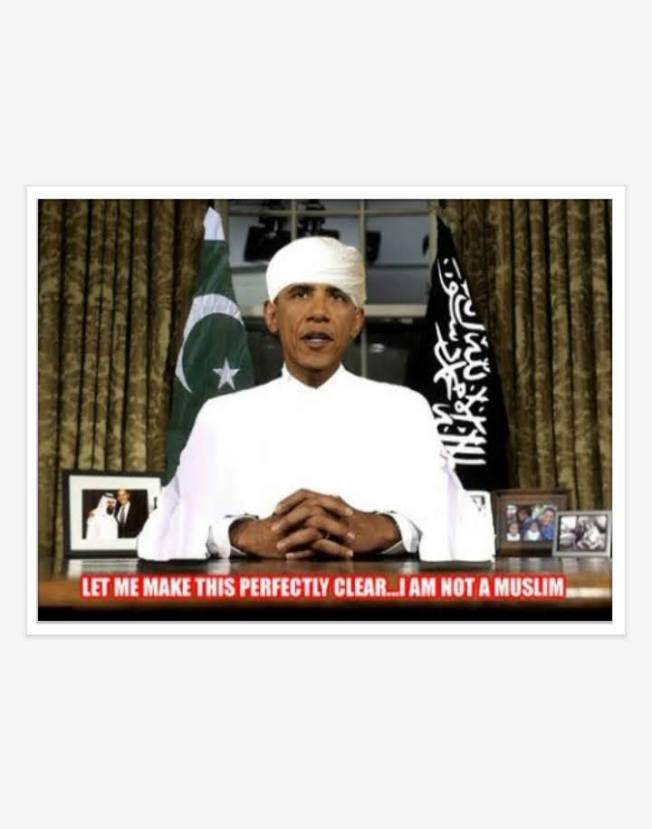 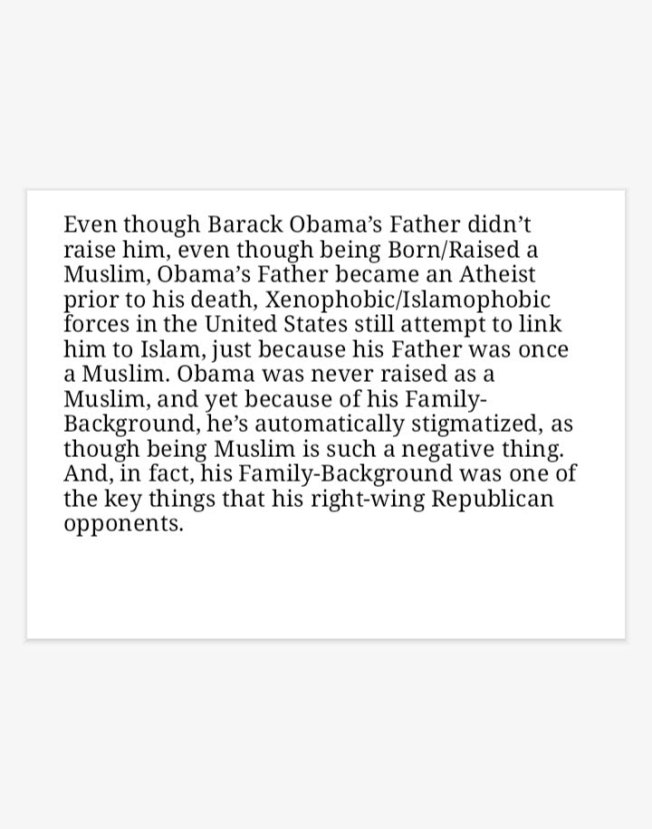 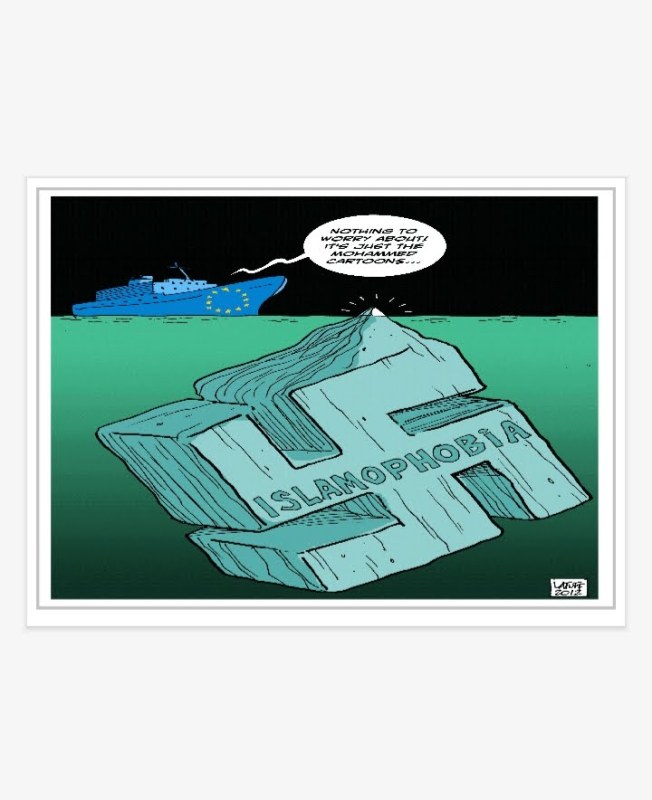 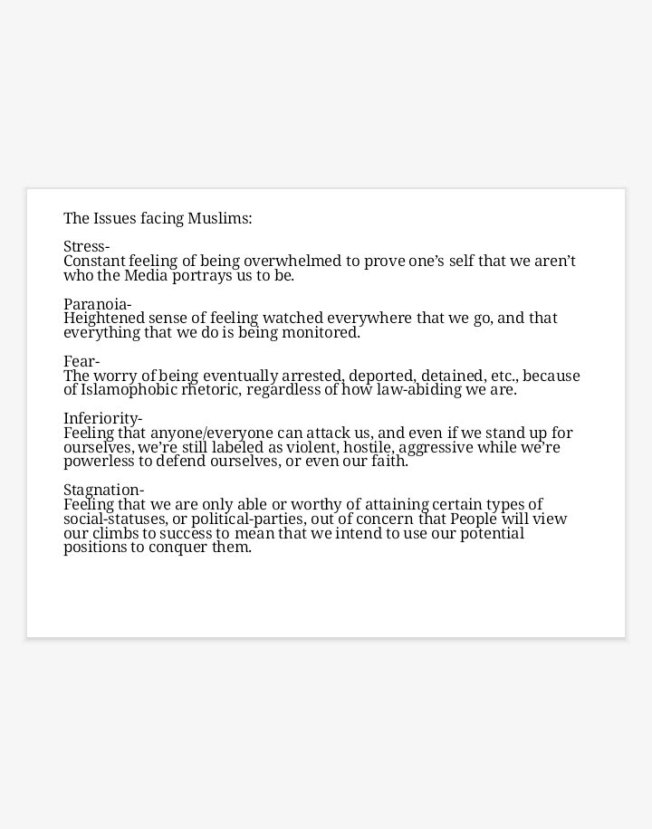 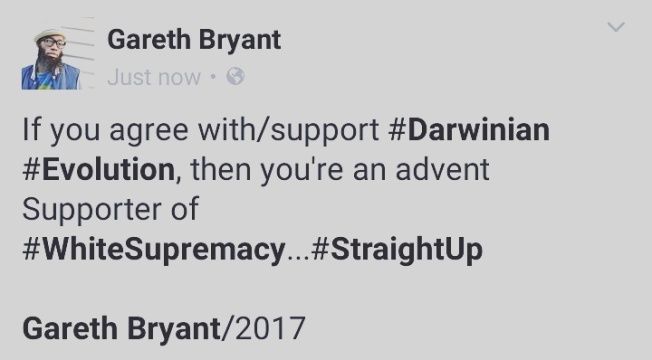 For anyone/everyone who’s ever studied Biology: Science of Life/Living, you know fully well that Evolution, specifically Darwinian-Evolution/Darwinism is the Leading-Agenda pontificated within the Scientific-Community. And, it’s absolutely no Accident that the Scientific-Community is dominated by Atheists/Anti-Theists, White-Supremacists, etc., thanks to Charles Darwin authoring “The Origin Of Species”: his Work concerning Evolution. Evolution directly supports/co-signs this Pathological-Ideology, that in spite of the Claim that Human-Life didn’t begin in Europe, even according to Evolutionists, somehow Europeans “evolved” to become Superior to any/all Non-European Peoples, because the only Reason why the Claim that Human-Life began in Africa is even pontificated within Evolution/Darwinism is because, according to Evolution/Darwinism: African-Peoples evolved from Primates, and then all other Peoples evolved from African-Peoples. And, this is fueled by the Disbelief in Allah: a Divine-Creator who created all Human-Beings on equal Spiritual & Intellectual footing.

#‎Muslims‬…especially ‪#‎MuslimReverts‬ and/or Muslims native to the ‪#‎WesternWorld‬ are in a serious bind & all because of ‪#‎Islamophobia‬: it’s turning Parents against Children, Spouse against Spouse, Co-Worker against Co-Worker, Neighbor against Neighbor, Friend against Friend. It’s tearing our Societies apart, and if we study the Sirah/Biography of Muhammad (Peace be upon him), the same thing took place in 7th-century Arabia. And, yes…I know it hurts when someone mocks you for praying, fasting, trying your best to not do negative just to fit-in: I’ve lived it & I’m still living it. But, I’m here to tell you that when Allah rewards those who are sincere to ‪#‎Islam‬, in both word & deed, and by His Mercy grants us victory over our Enemies who want nothing more than to display us as blood-thirsty Tyrants, we will ond day look back, laugh, and say to ourselves, “Because I was patient with the trials which Allah imposed upon me, and because I sincerely worked hard to be Good in the face of Evil…this was all worth it: every time I was arrested based on false-charges, stripped-searched & detained at airports, denied jobs/fired from jobs, teased & bullied, forced to fight in order to defend myself, forced to endure the lies against our perfect lifestyle called Islam…it was worth it all.”.

News-Flash-
To all who think that killing and/or maiming Innocent, Non-Combatant, Civilians, in the name of Jihad, Islam, is a good thing to do, well…guess what? You’re wrong & you’re not helping Islam spread…you’re causing People to run away from Guidance, you Morons!!! Your antics are merely painting an even darker image of Islam & Muslims, all across the Globe, which is inspiring even more hatred to be fueled. Your actions don’t raise the Banner of Islam, it in fact lowers it. Your taking of Life doesn’t advance the Ummah/Nation of Muhammad (Peace be upon him), it actually shames us. So, please, for futre reference: anyone impressionable enough to join any/all of these Groups, who advocate senseless violence again Innocents, please do yourselves, and the rest of the Believers a favor…just don’t join them. Acts of Oppression are never justified by other acts of Oppression. Do we resist the onslaught of Spiritual-Perversion in our societies…yes. Do we work to make the Din/Religion of Allah supreme…yes. Do we kill anyone/everyone in the process…no. 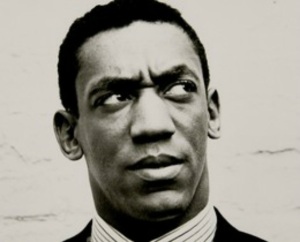 Bill Cosby…the Man dubbed “America’s-Dad”, has been found to be setting very negative examples for his American-Children: the American-People-those who’ve watched his many shows, such as “The Electric Company”, “I Spy”, “The Cosby Show”, etc. From the late 1960’s to the present, Bill Cosby had been lauded as one of the most ideal role-models for African-Americans, Young-People, on TV. He had successfully managed to star in and also produce some of the most popular shows in Entertainment, portraying African-Americans in the most positive of lights. This had been very useful in the eyes of so many as to breakdown racial-stereotypes against African-Americans, through showing that we also have similar family-values, work-ethics, educational-merits as any other American demographics.

However, it seems as though all of his work has just gone down the drain in light of his admittance of providing sedative drugs to Women he wanted to have sex with & ironically many Women have already accused him of Sexual-Misconduct, Rape, etc. This has truly been a blow to America, more particularly to the African-American Community. This is especially true because at one point in time, there were very few positively portrayed Afro-Americans to aspire to be like, other than the characters on shows which were produced by Bill Cosby. It’s like he both made & broke the progress of the African-American, in both real-life as well as in Entertainment. He has basically destroyed the exact same thing that he helped to build.

And, of course, like so many People, I myself was very skeptical of the Sexual-Abuse allegations against Cosby, and the following questions kept flowing through my mind: why now, that he’s such an elderly Person: why now, while he had once been one of the most respected entertainers in Entertainment-History; why now, when all of the accusers were all grown-ups? Honestly, what really had me mistrust these allegations was the allegations made against him, when Judith Huth had accused Cosby of Sexually-Abusing her at Hugh Hefner’s infamous Playboy-Mansion, while she was a 15 year-old: what the Hell was she doing at the Playboy-Mansion  as a 15 year-old, where were her Parents, why weren’t they sited for Parental-Neglect, why hasn’t Hugh Hefner himself been scrutinized and/or charged with facilitating Sexual-Abuse of Minors at his home?

We live in the days of Malice…
…selfishness make us callous.

All we desire is to pursue our own wants…
…we live by immorality, demonic thoughts.

Forgetting just all too often…
…to be grateful for something.

We look down upon those who have less…
…thinking material things equal success.

It’s like we only concern ourselves with Fashion’s latest trends…
…or how many millions our favorite celebrity makes and spends.

We worry too much about when’s the next time we will eat Steak or Lobster…
…while millions of People on the Planet die because they lack clean Water.

But, in the end, we just chase the Illusion…
…to an dauntingly never ending conclusion.

We perceive that this is all there is to life…
…attaining things while causing others strife.

There will be a day when we will regret not caring for one another…
…we’ll be shamed for treating our fellow Man as less than a brother.

There will be fear, we will shed tears…
…and know that this day is very near.

I will be showing you a video posted on YouTube, by the Muslim Public Affairs Council, hosted by Maher Hathout, who died in January of 2015, dubbed the Father of American-Muslim Identity”. This video is a part of a series of videos, concerning topics which are not discussed enough or at all among Muslims, Interfaith-Marriage being one of these recurring hotbed-issues. However, within the video itself, there’s a lot of problematic stances which the personality answering the questions takes, which I’ll discuss after you’ve viewed the video:

This video is incredibly inaccurate & misleading: Allah clearly states, “And do not allow the Men of Shirk to marry you, unless they believe.”(Noble-Qur’an: Chpt.2, V.221) The Men of Shirk are those who commit Shirk: disregard of the existence/oneness of Allah & all Non-Muslim commit Shirk in one way or another, either via Atheism/Anti-Theism (disregarding the existence of Allah/any Divine-Creator generally), as well as any other Non-Muslims who have theological-beliefs contrary to what we’re taught as Muslims via al-Qur’an/the Qur’an & as-Sunnah/the Prophetic-Tradition. In other words, a Muslim-Woman is prohibited from marrying any Non-Muslim Man. And this is because of the following reasons: when a Woman is sexually-attached to a Man, his influence over her is tremendous. Obviously, Allah knowing His Creation better than we know ourselves, places a prohibition upon Muslim-Women being married to Non-Muslim Men, because Non-Muslim Men will influence Muslim-Women to leave Islam & it happens all of the time. And, the major reason that Muslim-Men are allowed to marry (Jewish & Christian) Non-Muslim Women is because of the same reason: as a result of a Man, by Nature being able to influence a Woman via sexual-attachment, he’s better able to encourage her to accept Islam. Also look at it statistically: how often do you hear about Men leaving Islam, because they’re with a Non-Muslim Woman…hardly ever…conversely, how often do you hear about Women leaving Islam, because they’re with a Non-Muslim Man…almost always.

Maher Hathout has purposely…purposefully misinformed People, both Muslims & Non-Muslims alike. Now, I don’t know who gave him the privilege to be any type of authority to speak about Islam, but he has truly not done a good job in dispelling misconceptions and/or clarifying conceptions of Islam. He had mere done what so many, too Muslims past & present have always done: take the go-along to get-along route…instead of being honest about about what Islam allows vs. disallows, in the objective of being Interfaith-Accepted, he had allowed himself to misinform masses of People of various faiths to take his word seriously, and had sadly deceived them…this video being only one of many proofs of this.

Author’s Note:
This is the official interview of Gareth Bryant, on one of his most controversial articles to date, “Why Muslim Women Are Against Polygyny and Why Muslim Men Can’t Really Blame Them”: